Hospitality at its very best 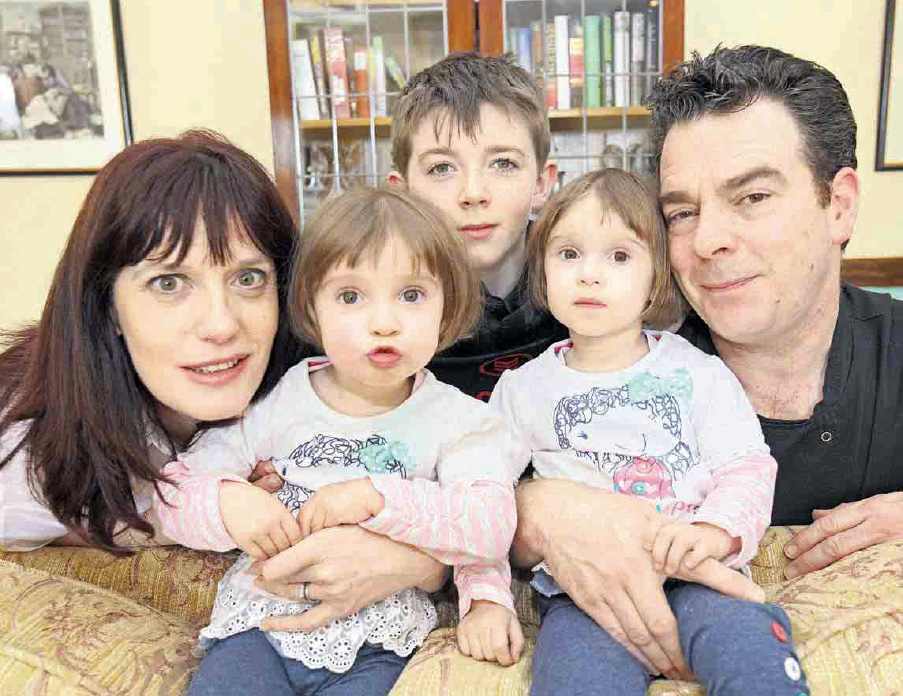 What is it like to stay in one of Ireland’s top guesthouses? Aisling Hussey found out when she stayed at Castlewood House – as well as picking up a few secrets behind Helen and Brian Heaton’s success.

Castlewood House in Dingle, Co Kerry, may be one of the most highly acclaimed guesthouses in Ireland, but there are certainly no airs and graces about the place.

When Irish Country Living arrives on a cold Friday night after a long and tiring drive, we are welcomed – literally – with open arms by a hug from by husband Brian. With the friendly atmosphere and stunning views of Dingle Bay, it doesn’t take long for us to feel relaxed.

The couple have been running the 12-room guesthouse since 2005 and their philosophy is simple – make plenty of time for your guests.

This year, Castlewood House was named Ireland’s best small hotel and the best bargain hotel in Ireland by TripAdvisor, as well as providing the best service in the country. It also placed 13th in the world in the small hotel category and 20th in the bargain category.

Indeed, Castlewood is no stranger to the list, having also won best bargain hotel in the world in 2014 and 2015, and best hotel in Ireland in 2012.

Now, 11 years in business, how did the couple establish such a high standard?

“I suppose it’s because we’re here all the time and it’s very much our baby,” says Helen. “We built this from were a lot of very established places and we were the new kid on the block, so we had to build up our own clientele and reputation.

“People want a chat and to find out what to do in the area. That’s what differentiates ourselves from others. We have the time to sit down and chat and it’s important to us.”

Hailing from a sheep farm on the Cooley Peninsula in Co Louth,Helen always wanted to own a hotel. She studied hospitality in Cathal Brugha Street, while Brian went to GMIT, and their paths crossed while on work experience at Ashford Castle in Co Mayo.

After finishing college, Helen returned home and worked in Nuremore in Carrickmacross and Brian relocated to Dublin. When they married in 2000, the couple decided to pursue their dream of running their own place.

“We were saying: ‘Wouldn’t it be lovely to have our own place?’ At the time, it was such a huge investment and you’re thinking: ‘Are we doing the right thing?’” she says. “So, we looked around and Dingle was just so lovely. This site was here and it was the only one zoned for commercial development, so we borrowed the money, bought it and a local guy, Brian Scanlon, built the house. We had our first guests on a bank holiday weekend and I’ll never forget it. I was in the kitchen surrounded by dishes thinking: What have we done? Now we have a system, but we didn’t have a system on our first day.”

It was quickly decided that Brian would stay in the kitchen and Helen would serve as front of house in the morning. The formula works, with the breakfast menu achieving legendary status amongst its guests.

Helen and Brian have three children – Craig (10) and girls Lara and Louisa (two). When the twins arrived, maintaining a system became all the more important.

“Some days it’s mad, but I wouldn’t change a thing,” says Helen. “We’re at home all the time, so when our kids come home from school, we’ll be here. It’s great that we don’t have to put them in a car and bring them to crèche.

And Craig is developing a flair for hospitality: “In the summer, his job is to get people ice cream…he has little jobs around the place,” she smiles.

Helen credits her parents, Alan and Irene Woods, for passing on their strong work ethic to her. She hopes to pass that on to their own children, who may take over the running of Castlewood someday.

“To be your own boss, and to have something you’re growing for the future and can hand to your kids … it gives you great pride. I don’t even count it as a job. It’s more enjoyable than a job,” she says.

“We’re doing this for ourselves. It’s the fruit of our own labour. And we love what we do.”

Open from February to December, bed and breakfast rates at Castlewood House start at €45 per person sharing.